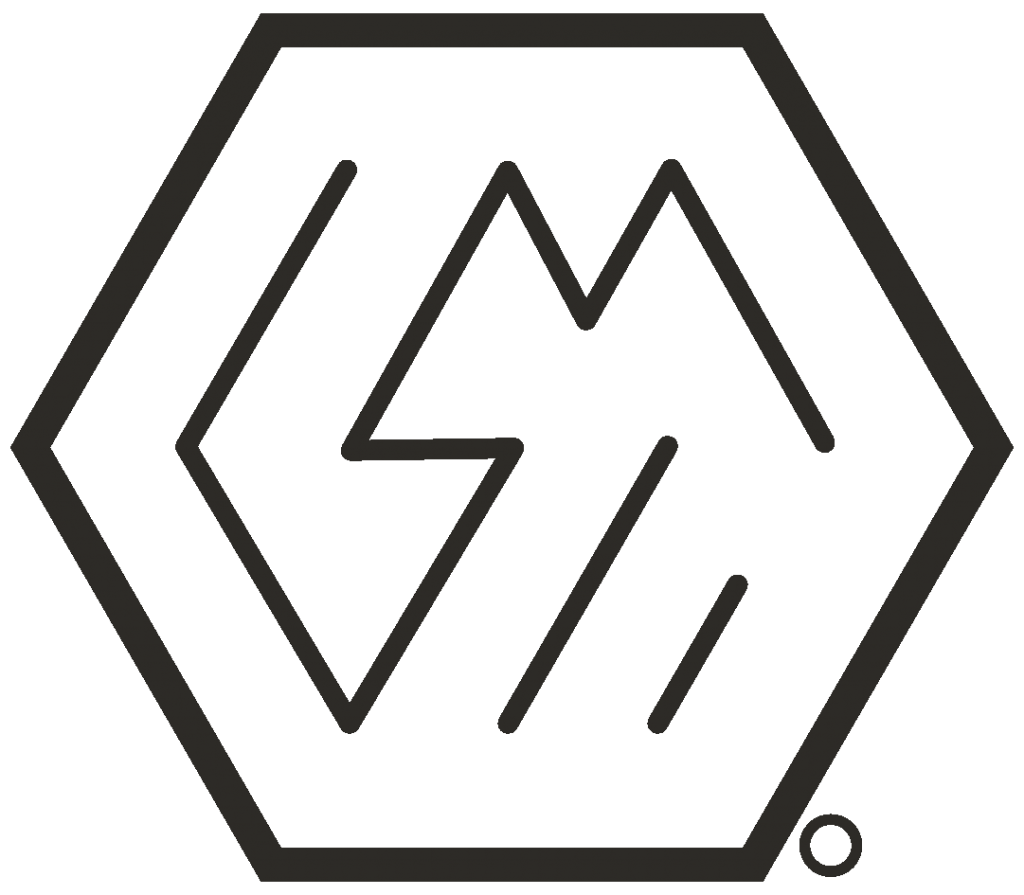 The Maldives and Mark Margarita 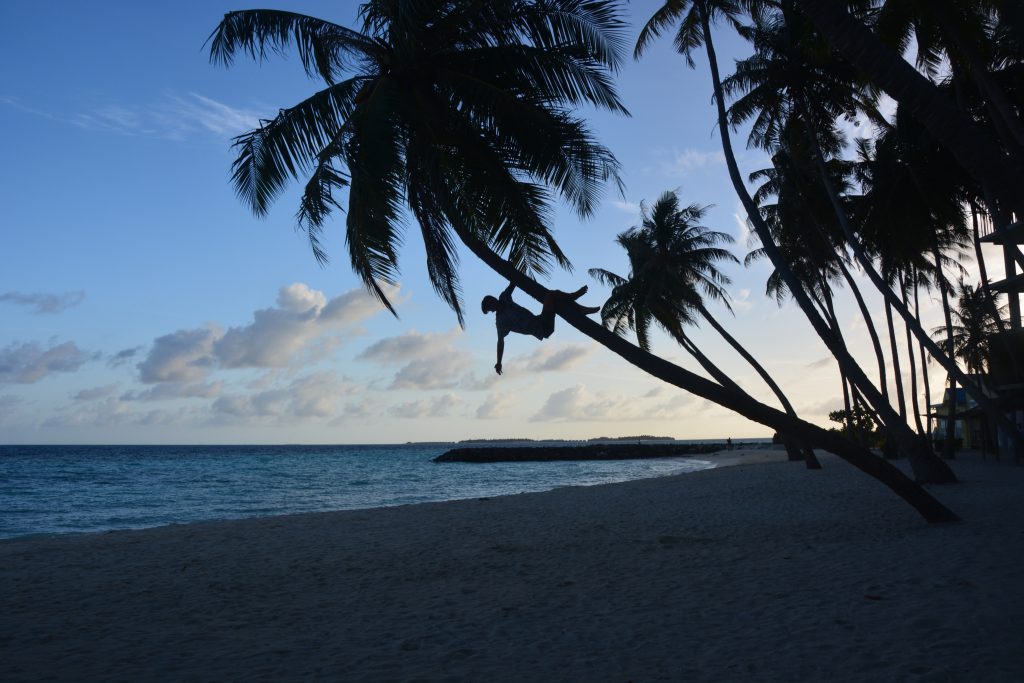 In 2007 the Maldives opened the doors for budget travellers by allowing local islands to build hotels and guesthouses. Which is an opportunity for us broke travellers/students to visit white beaches, a crystal clear ocean, unbelievable dive sites, uninhibited islands and all its amazing activities such as: night fishing and BBQ, a day in a resort, dolphin, manta ray (in season) and whale shark (in season) spotting, lunch on an uninhabited island, cruising around on boats, scuba diving, heaps of water sports and what not. Another good thing is that we can’t spend all our money on booze. The Maldives is strictly Muslim and banned alcohol from the local islands. So now we actually have to get active… Yeah I know… Fuck.

My trip: I flew into Malé which is the capital. This island is not cool, but really cool. Not cool in a way that literally the whole island is stuffed with buildings and there’s litter everywhere. But cool in a way that it’s interesting so see how the locals live and how much they’ve managed to build on one small island. It’s impressive. There’s not even room for an airport. That’s build on a small island next to it and they’re now building a connection bridge to connect the two islands.

So again, I flew into Malé. From there I took a ferry to the island which is actually Malé. Are you confused? Me too. Then I took a ferry to Maafushi and had one hell of a good time the next 6 days. I’ll tell you how those days went by a series of photos with some little stories. Like a strip book. Something like a Donald Duck. Because that sounds cool. Or whatever. You can read about Margarita Mark. You don’t know him!? Oh my…! 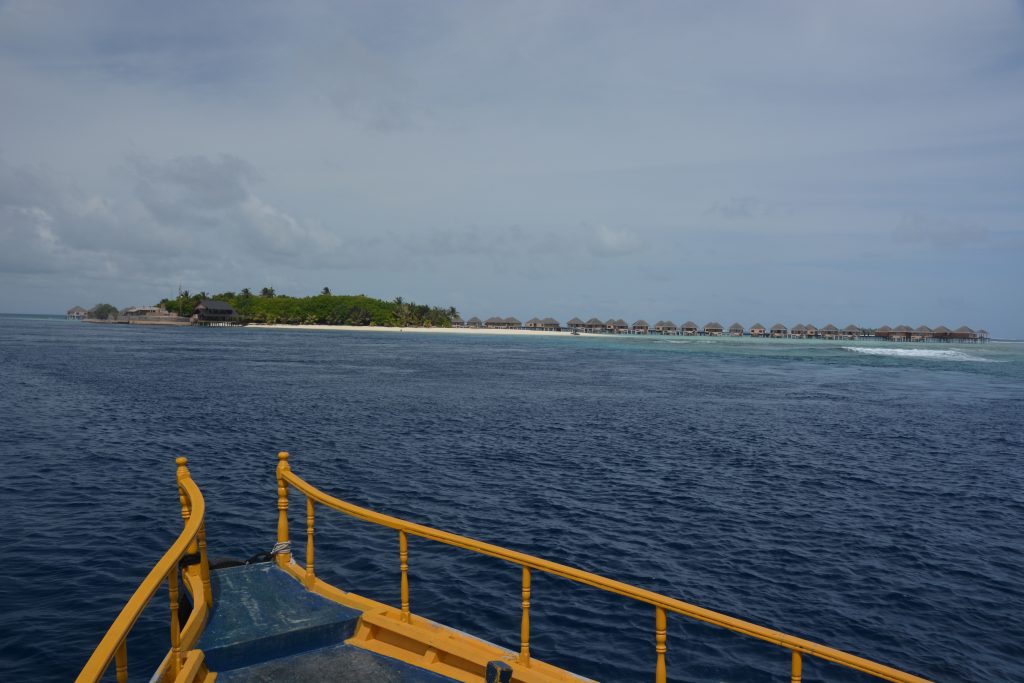 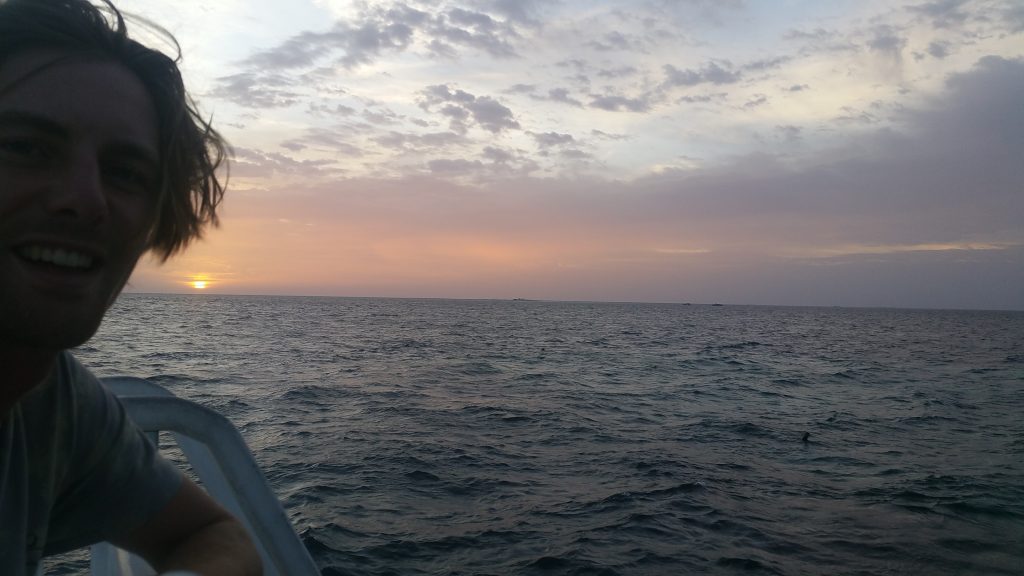 Long, stunning boat ride. No filters here. Ain’t nobody got time for that. 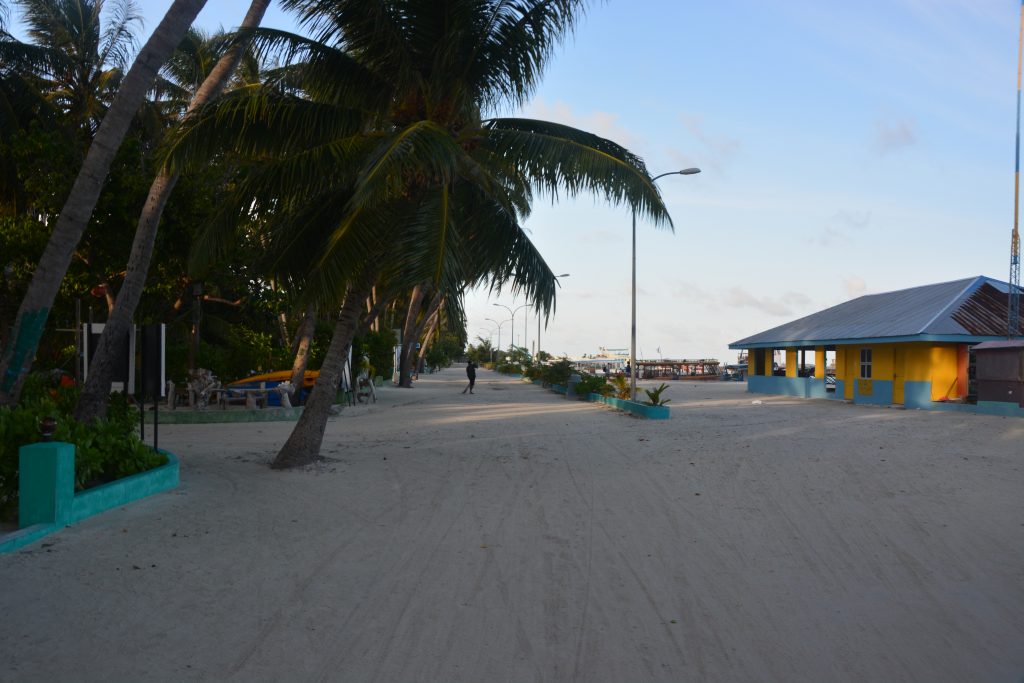 After a long boat ride I made it to the tiny island of Maafushi. Everything’s walkable and even crawlable, whether it’s a word or not. With this being the main road.. 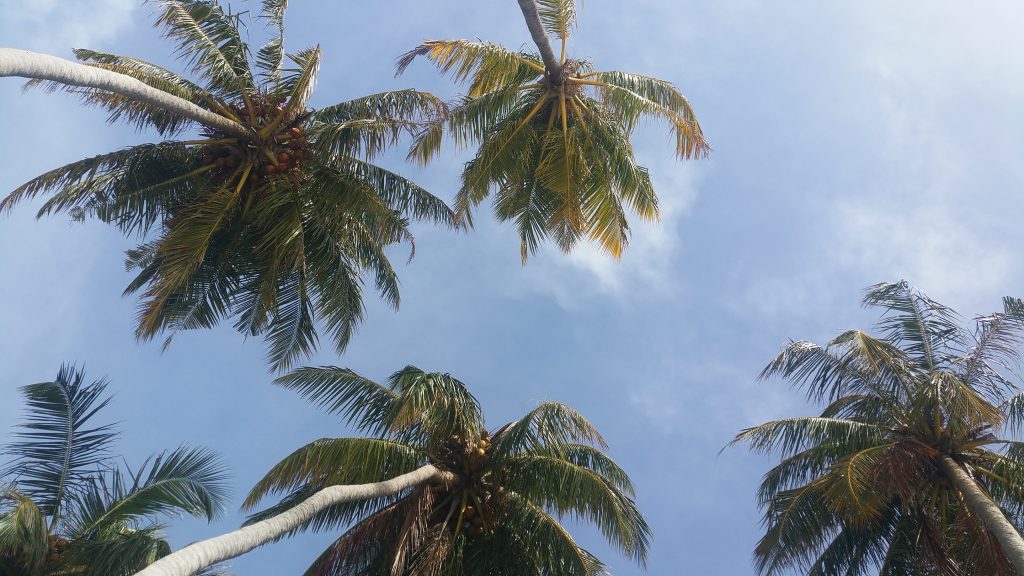 I took a little nap on the beach, I opened my eyes and I couldn’t believe my ears.. do I hear Dutch!? 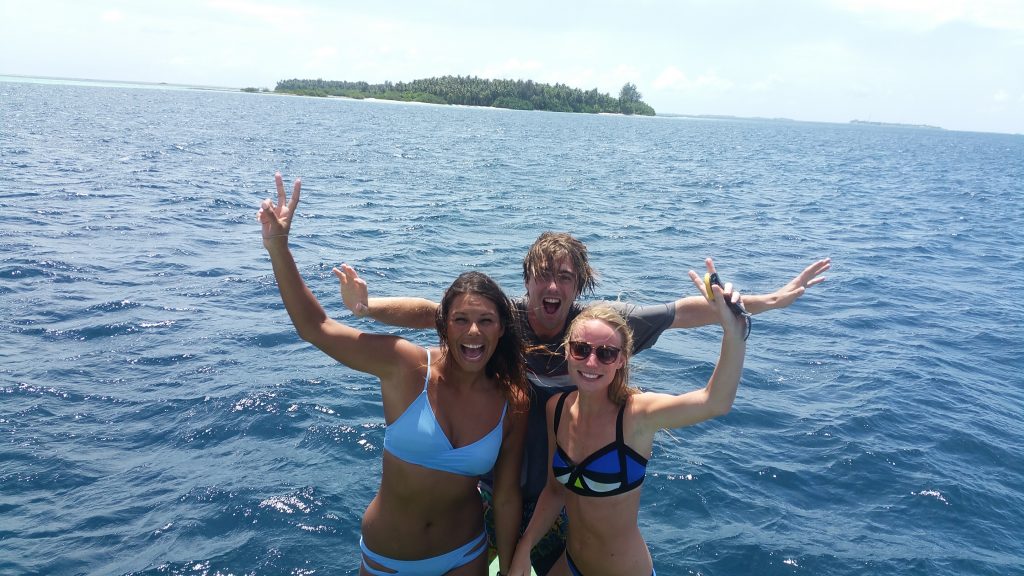 Ta daaa! 2 Dutchies and a random foot. Soon after we met at the beach we dove into some fun adventures. In case you guys read this: thank you so much for the good times, you guys rock!

For the ones that never heard of the adventurer of the Maldives, Mark Margarita. Let’s get into it..

Ones upon a time… there was an alcoholic known as Mark Margarita. The brave man travelled the world on his small yacht. By himself. Sailing out over the big waters of planet earth. In search of something great. Something that was going to make his life complete. A paradise. A place where he could retire after all those years of sailing. But at some point, around 50 years ago, the great Mark started losing hope. He left overcrowded and hopeless (for him) India and started to get worried. He didn’t know if his idea of a paradise were realistic… A merciless storm rocket up in the middle of the ocean. It completely put Mark off his course. This could’ve been a dramatic disaster, but instead, it turned out to be the opposite. Mark survived with his last bit of hope and discovered something special. Countless small islands 2743 km away from the mainland of India. Today it’s known as the Maldives. A strongly Muslim country where alcohol on the local islands is prohibited. But our Mark, as old and wise as he is studied the rules. Why? To break them hard! He invented a bar on his boat, moored the boat in between the islands and no one could ever sue Mark for selling illegal alcohol on his yacht. He fucked the system.

And this time, he served us all a drink and we live happily ever after. 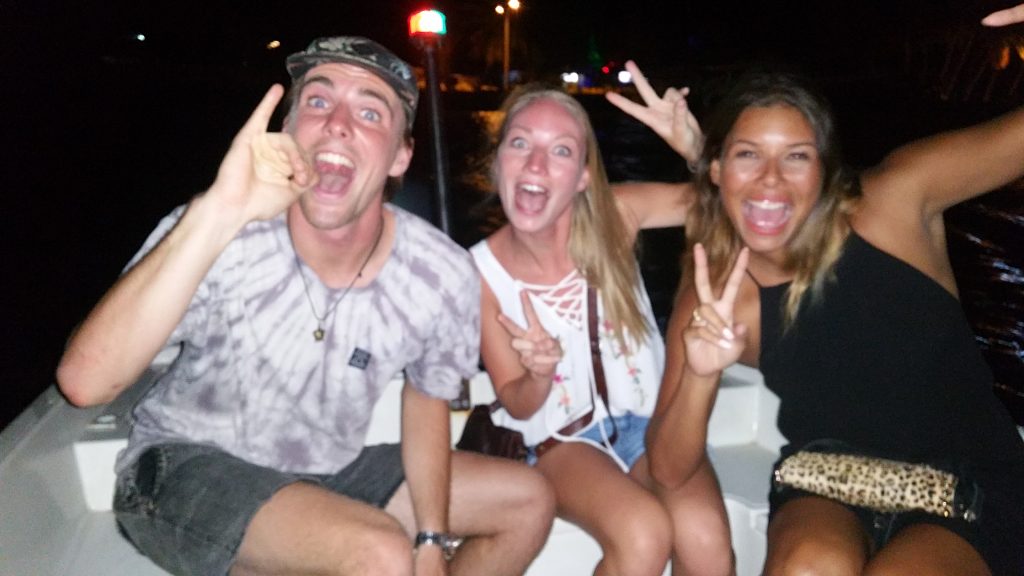 And that’s what happened… 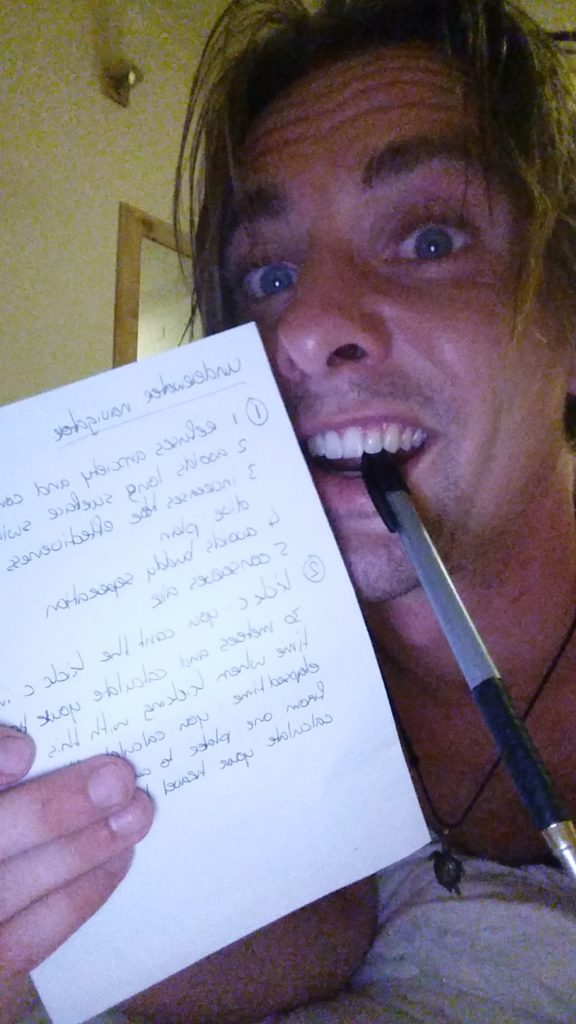 It turned out that scuba diving wasn’t too expensive here. After a little chat with the dive instructor I came ‘home’ with 2 books. 2 books? I started studying. PADI advanced was the next mission.

What I mention as ‘home’ was actually cool. Since 5 months I finally had a place for myself, which was a pretty damn good experience of luxury!

I can promise, the Maldives is an amazing place to visit. If you ever end up sailing the world, like Mark, don’t skip this interesting country! Again, thank you for reading. You’ve made it until the end of the blog and that means that you’re a sweety.

The next stop – one I’ve been super excited to share for a special reason – is Indonesia!

Oh, and there will be some grammatical slips here and there. So here’s my apologies in advantage (that was a joke), but as long as I’m getting the point across I’m pretty stoked.

I’m always open and interested to hear your perspective, even — or especially — if my content is not in alignment with yours. But more importantly, I’m here to reach out a hand — you can find me here, or you can visit the FAQ Page. 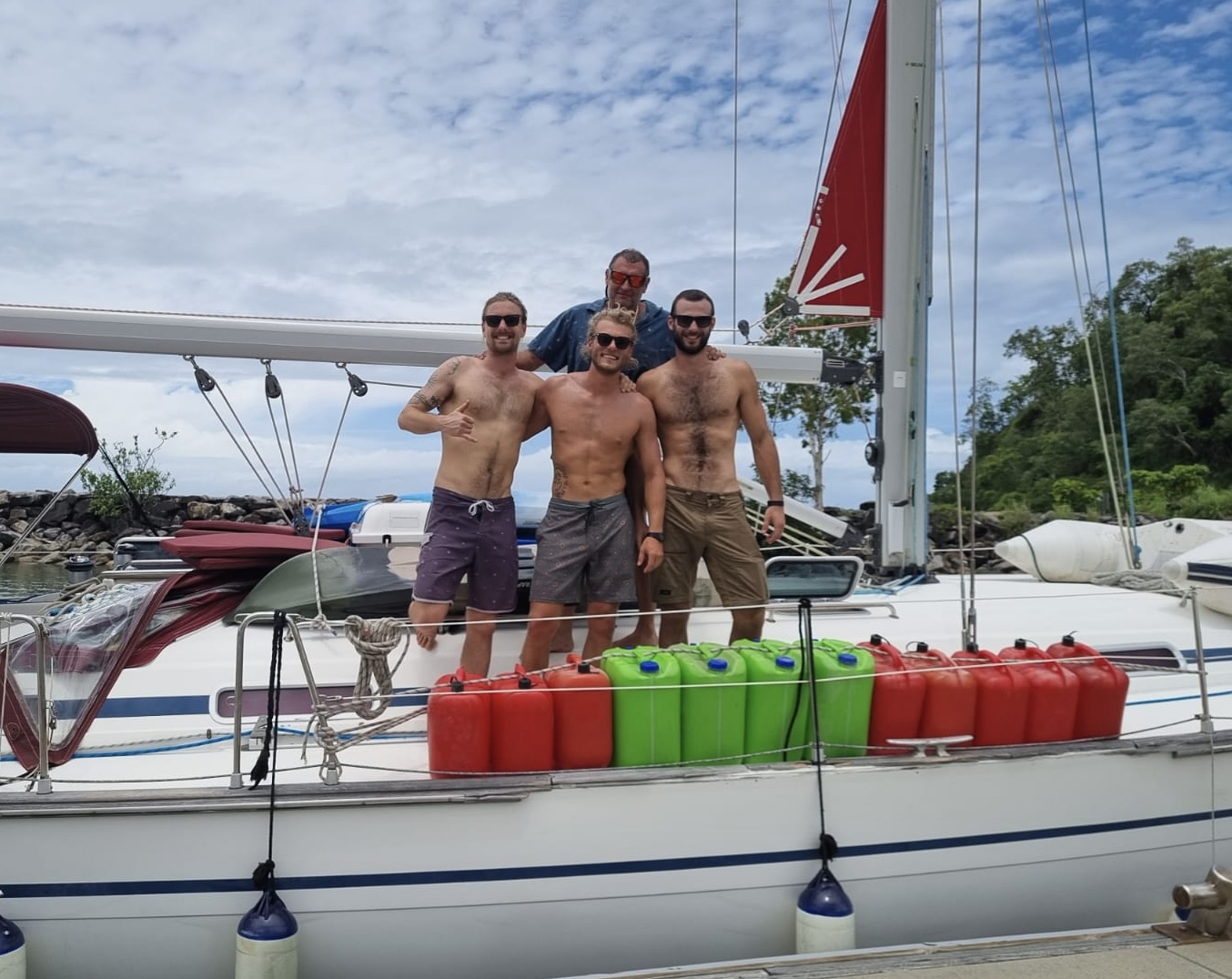 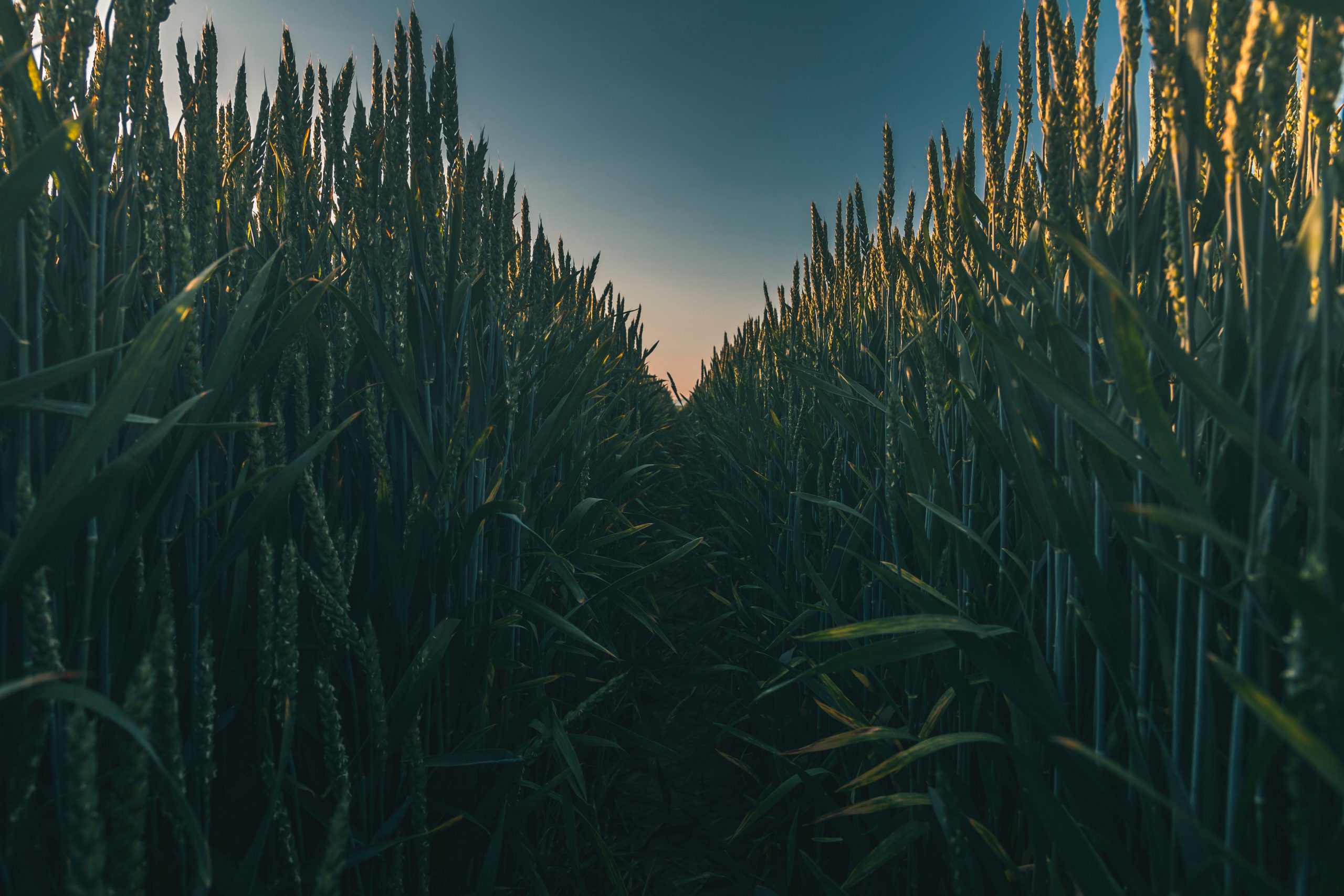 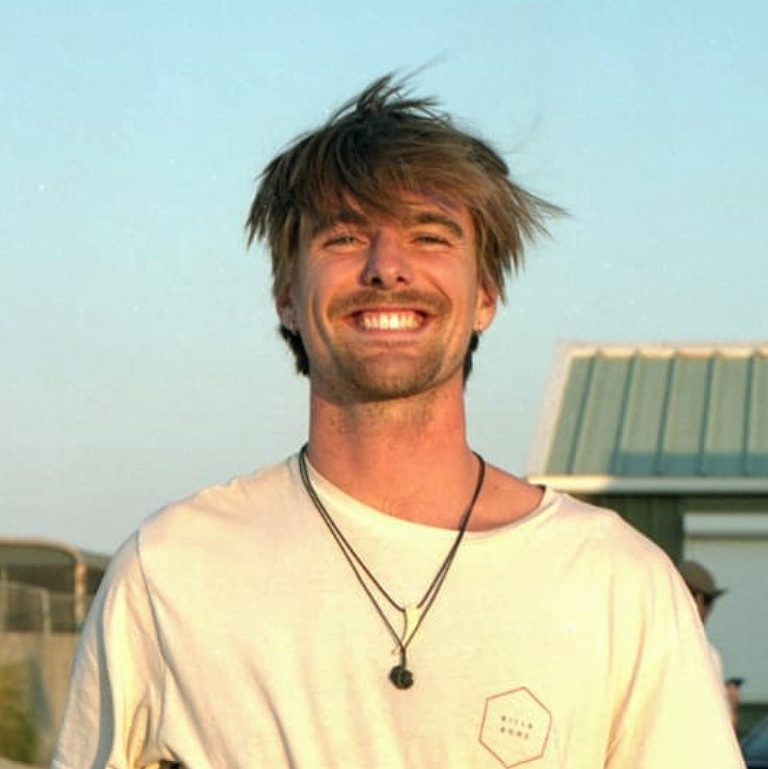 We’re hiding behind fancy websites and a bunch of words and filters. I’d love to introduce myself with some stories to make the chaos on your screen a little more personal. Feel free to reach out and ask or say what you’ve got going on. See ya’ in the mailbox, on the road or, in da barrel..

Updates about new articles, services and tips around lifestyle and vitality. But also about stories and adventures in The Journal "Gone Mellow".